Beta carotene is an important antioxidant that is found in many fruits and vegetables. Antioxidants play an important role in our health and well-being in mopping up free radicals to help prevent disease and degeneration of our physical bodies.

Beta carotene is the substance that gives certain fruits and vegetables like mangoes, carrots, pumpkins and sweet potatoes their orange and yellow colour. It's one of a group of strongly coloured red/orange pigments called carotenoids that are abundant in fruits and plants. Beta Carotene is the most common form of carotenoid in plants and is sometimes used as a food colouring where it is given the number E160a. Watch those E numbers some aren't healthy!

The characteristic pink-red colour of the exotic flamingo is a result of the high levels of beta carotene in their diet where it's absorbed from molluscs and crustaceans such as shrimp, as well as blue-green algae. 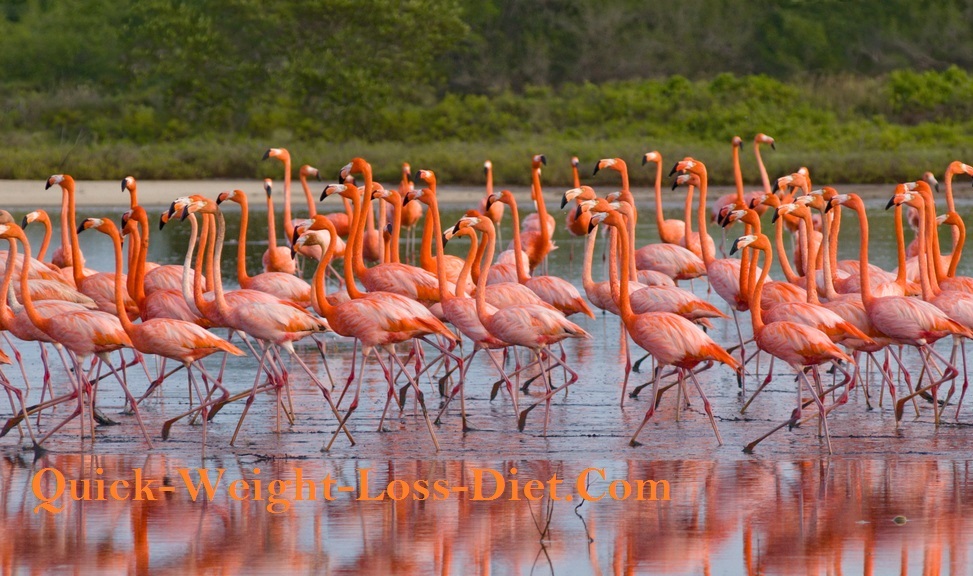 Blue-green algae contains high levels of carotene but the characteristic orange colour as seen in other food forms is masked by chlorophyll, the green coloured pigment found in plants. Take a look at the list of foods below that contain beta carotene that should be included in your diet to help increase your antioxidant abilities! These foods are in no particular order of highest levels first.

Natural sources of beta carotene include;

Vitamin A Conversion and Supplements

Beta-carotene is a pre-cursor of vitamin A. The body therefore converts beta carotene into vitamin A where it can perform the same functions as regular vitamin A that is absorbed from various sources such as eggs and fortified spreads.

NOTE: Too much vitamin A can be harmful to the system. Some research suggests that having large amounts of vitamin A over a long period of time may make a person's bones more likely to fracture as they get older? Although I think that's something that happens naturally anyway isn't it?

As far as I'm aware, the real danger for over-consumption of vitamin A is when it's taken as a supplement, as the body, in particular the liver, is basically unable to cope with it.  Therefore, taking vitamin A supplements can be harmful if more is taken than the body requires at that time.

However, vitamin A that is converted from the absorption of beta carotene that's derived from natural food sources is said to be very safe because the body only converts the required amount of beta-carotene into vitamin A as it needs at any one time. This does not mean of course that you should consume 5-10 litres of carrot juice a day as everything should be in moderation of course.

Too much beta-carotene can temporarily turn the skin an orange colour, (flamingo syndrome, just kidding) but it is said to be harmless and temporary.

It is also said that a person can die from over-supplementation of Vitamin A if it's in an active, non-beta-carotene form such as Vitamin A supplements!

Like all carotenoids, beta carotene is an antioxidant. Antioxidants are molecules that reduce the oxidation (break down or corrosion) of other molecules within the body by protecting the body from free radicals. This is commonly known as antioxidants 'mopping up' free radicals. Free radicals damage cells through oxidation and are believed to be influential in the development of several chronic illnesses, including; cancer and heart disease?

Studies have shown that those who consume at least four servings a day of antioxidant rich fruit and/or vegetables have a lower risk of developing such illnesses, providing of course they significantly reduce and even cut out the junk food!

Now I'm no doctor but have had a look all over the internet and found that the medical uses of beta-carotene are some-what controversial and therefore misleading. Among my research I have come across various contradictory accounts regarding the medical application and positive outcomes of beta-carotene's ability to heal. I believe this is regarding supplementation in tablet form though, which I'm sure you'll agree is nothing like that of a mango?

As well as containing beta carotene, among other vital vitamins and minerals, fruit and vegetables also have a cleansing, detoxifying effect on the body which cannot be replaced by a tablet made by man in a laboratory.

Either way, among my research the following are some examples of my findings. What exactly are truthful and authoritative sources and what are not I cannot say, but one thing is certain and which I am sure of, is that nature has the ability to heal if given the chance and helped by us.

A healthy, balanced diet that is rich in foods such as fruits and vegetables, that contain an abundance of antioxidants, and, which is also low in saturated fats and sugars will undoubtedly benefit the human body and help to keep all manner of illnesses away!

Here are my findings regarding beta carotene's therapeutic effect on specific diseases.

Beta-Carotene has been used to reduce the risk of breast cancer in women before menopause and the risk of age related macular degeneration (AMD).

There is no sufficient evidence to support the treatment of cancer in general with beta-carotene supplementation though and neither does it appear to reduce the risk of specific cancers such as breast, colorectal, prostate, pancreatic, melanoma, or skin cancer overall.

Who knows really? Although it is a scientific fact, as far as I know, that free radicals are linked to the degeneration of the body, and, that antioxidants can help to reduce their presence in the system which can be found in fresh fruits and vegetables?

As we have seen, B-carotene is a powerful antioxidant particularly when absorbed from its natural food sources and therefore helpful in 'mopping up' free radicals within the body. When taken as a supplement though, high levels of beta-carotene have been found to increase the potential risk of lung cancer in present and previous smokers as well as people who have been heavily exposed to asbestos at work.

It is also said that taking large amounts of beta-carotene supplements could also increase the risk of cancer in certain other people too.

Needless to say, you should not take beta-carotene supplements unless you are advised to do so by a qualified medical doctor or health care professional. This is of particular importance if you have smoked in the past, are a present day smoker or you have been exposed to asbestos for any length of time.

Do not take beta carotene supplements unless you're advised to do so by your medical healthcare professional!

Getting the Right Dose

You should be able to get the correct levels of B-carotene for your body by eating a varied and balanced diet that contains plenty of fruit and vegetables that are abundant in antioxidants.

If you feel that you must take beta-carotene supplements, the general rule is not to take more than 7 mg a day unless you are advised to do so by a qualified doctor or other medical expert. Do not take my advice on this though. You should always consult a professional expert or qualified nutritionist before taking any supplements.

There is no evidence to support that the beta-carotene we get from food is harmful to us in any way. Although I believe a man once died as a result of living on carrot juice alone?! There is also controversy surrounding this unfortunate death as his wife apparently stated that he was indeed taken vitamin A supplements at the time?

Either way, too much of any good thing can be a bad thing!

The effects of supplementation with antioxidants and vitamins, namely; b-carotene, vitamin C and vitamin E both independently and in combination with one another, has been tested on patients to examine the possible prevention and slowing down of the progression of cataract due to old age. These studies however found no evidence of any positive effects from the supplementation of beta-carotene in preventing or slowing age-related cataract.

Some people who sunburn easily use beta carotene to reduce the risk of sunburn. Those with an inherited disease called Erythropoietic Protoporphyria (EPP), which is a condition that results in sensitivity to sunlight due to a enzyme deficiency, are also known to use b-carotene supplementation for the same reason.

Overall, beta-carotene has been used for a variety of different illnesses and diseases such as; decreasing asthmatic symptoms that have been aggravated by exercise, to prevent certain cancers, heart disease, cataracts, and age related macular degeneration (AMD); and to treat AIDS, alcoholism, Alzheimer’s disease, depression, epilepsy, headaches, heartburn, high blood pressure, infertility, Parkinson’s disease, rheumatoid arthritis, schizophrenia, and skin disorders including psoriasis and vitiligo (a condition that causes depigmentation of parts of the skin.

There is no real evidenced though to suggest that it does in fact heal or help any of these illnesses or conditions, although that does not mean that is does not do so in individual cases. We are all different and react differently to certain things.

Beta carotene has also been used in malnourished women to reduce the chance of death and night blindness during pregnancy, as well as diarrhoea and fever after giving birth. Again, with what positive outcome is unclear.

There are many authorities that recommend getting beta carotene and other antioxidants from food instead of supplements. This makes total sense really as it is without doubt that we cannot, as much as we try, copy nature's natural make-up with regard to diet and the naturally formed fruits and plants that exist on our planet, despite thinking we are superior?!

Personally, I don't think it's controversial in any way to suggest that a diet that is rich in healthy, natural foods, particularly fruits and vegetables rich in antioxidants such as; mangoes, papaya, squash, sweet potatoes, spinach, broccoli and carrots can surely be matched with man-made supplements.

Beta carotene is an important antioxidant that is found in many fruits and vegetables. Antioxidants play an important role in our health and well-being in mopping up free radicals to help prevent disease and degeneration of our physical bodies...

Please Help the World's Wildlife by Supporting WWF and add your name to their petitions to help support their on-going great work. It won't matter what we eat if there's no world left! 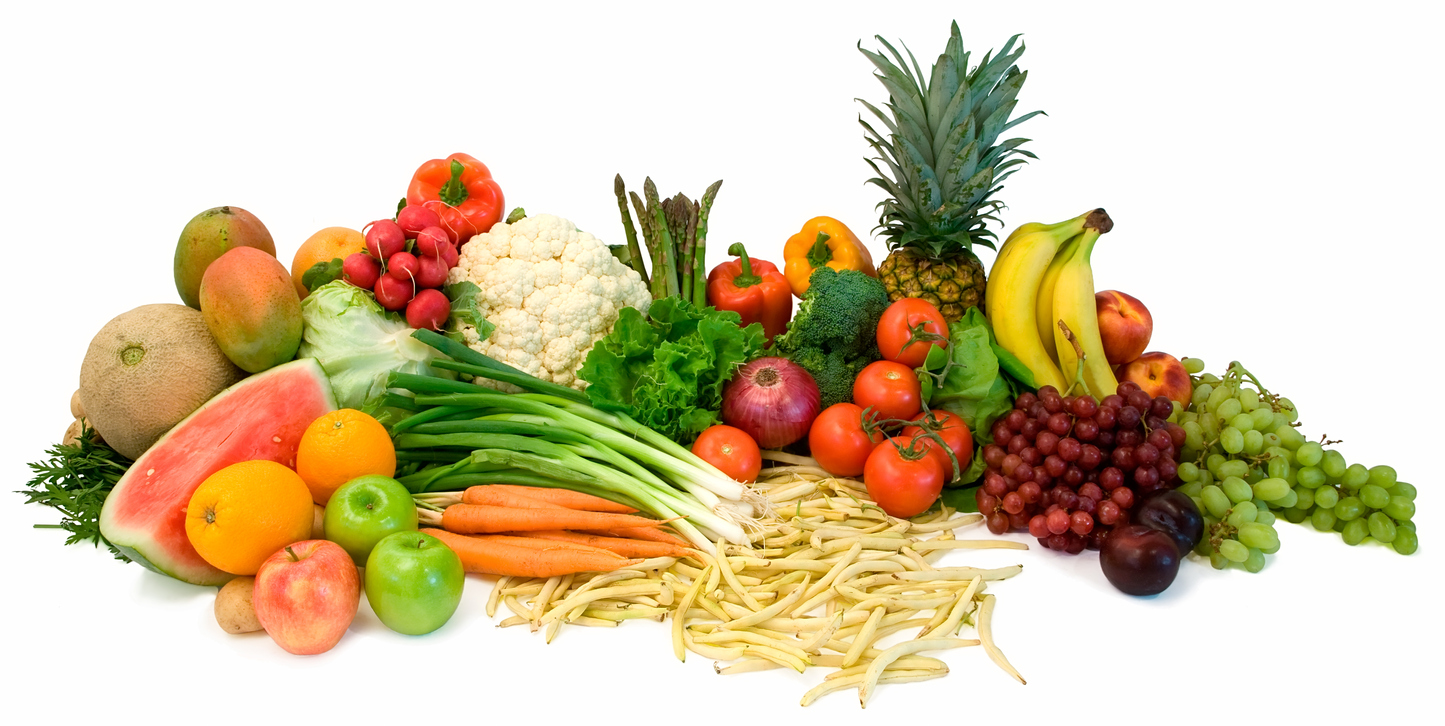 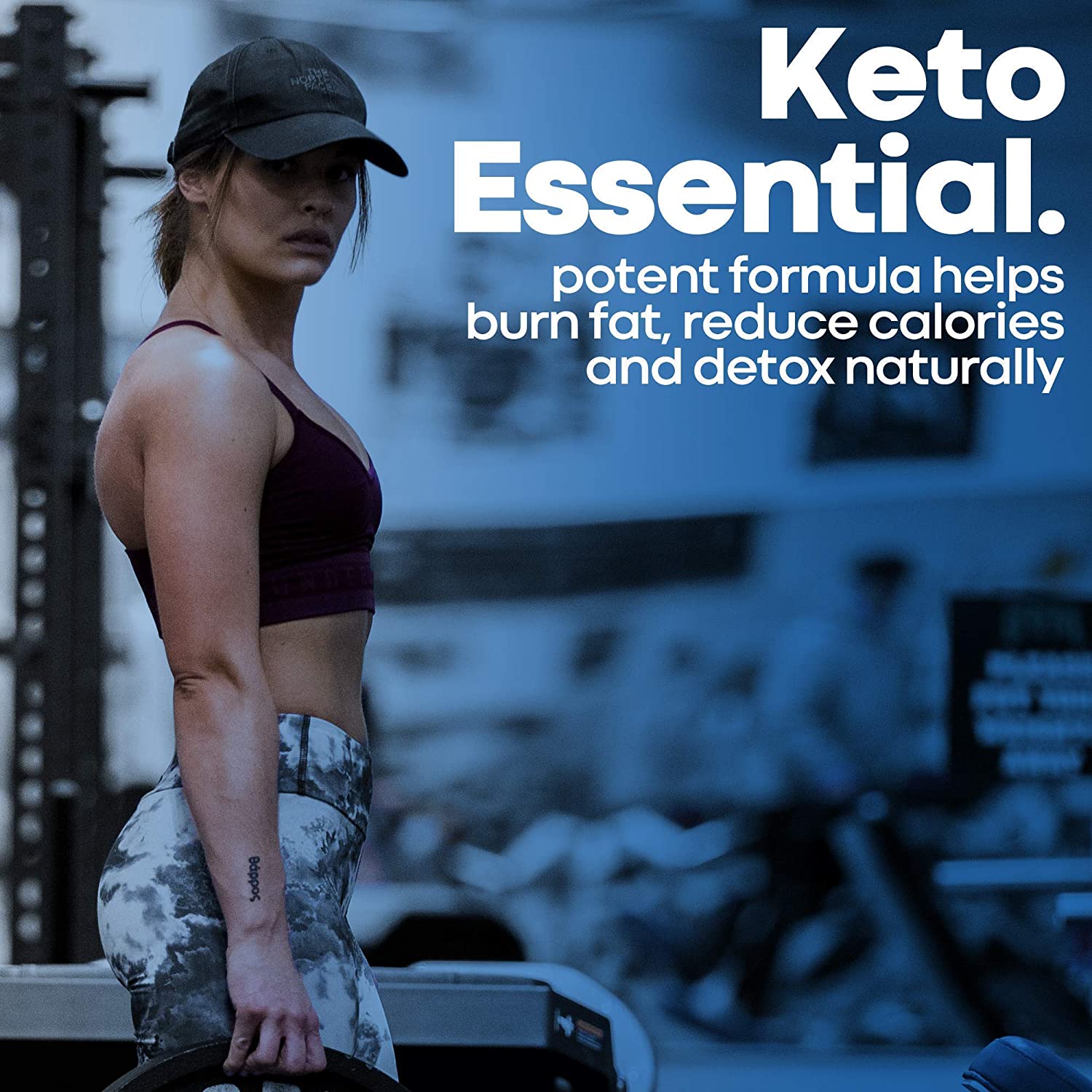 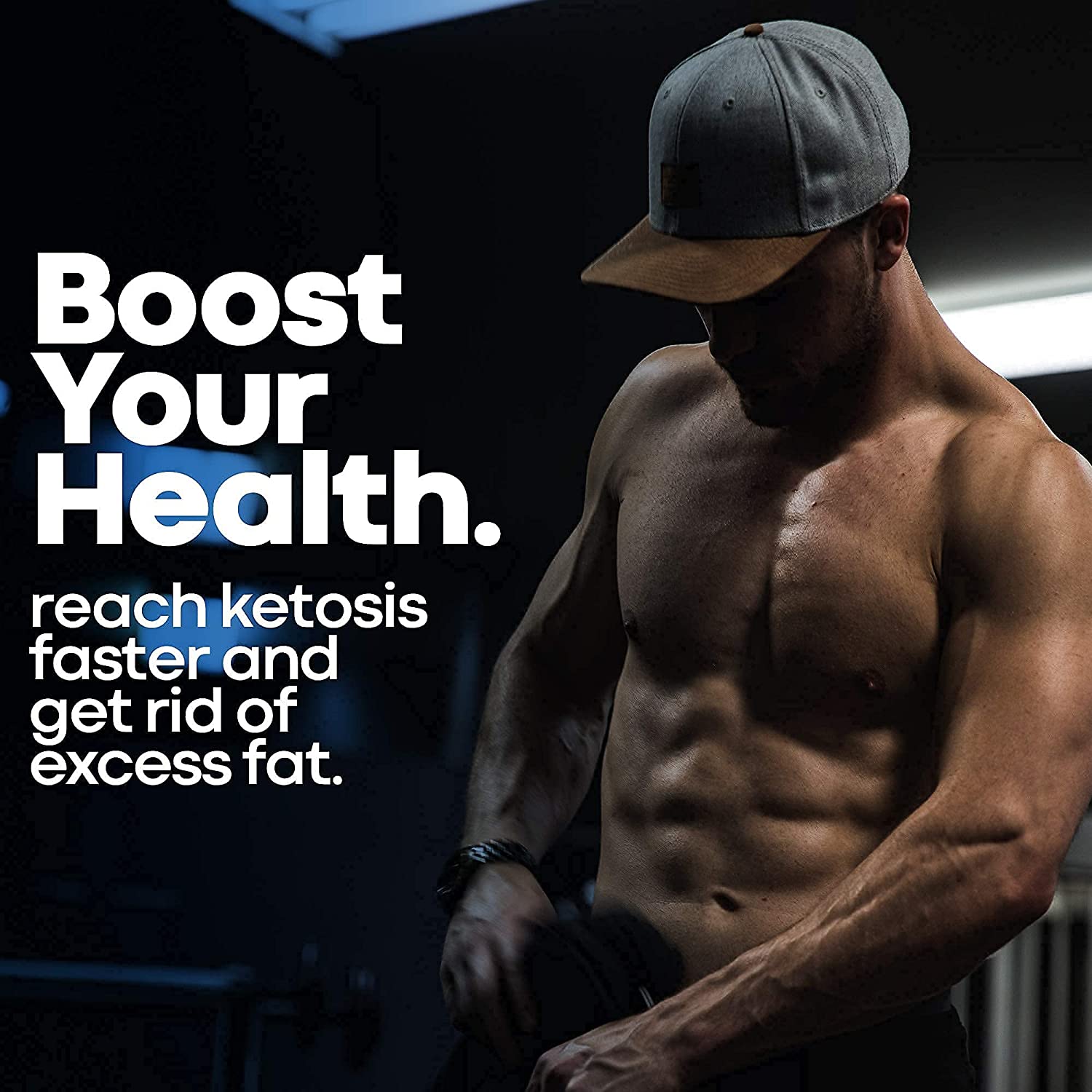